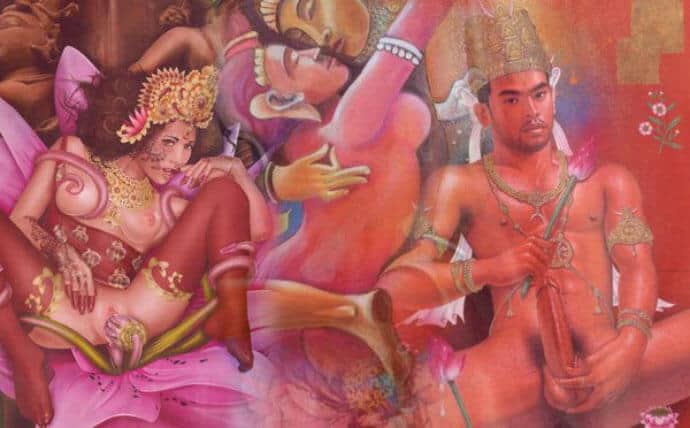 There are many myths surrounding the practice of tantra massages. For many a blessing and a way to the supreme, for others a lot of quackery, even the fanatics of the most traditional religions consider it demonic practices and are criticized for their vision about the sexual reality of man.

In the following article you can have a clearer idea about the truths and myths surrounding tantra.

The more separate and content the greater the pleasure

Around this claim have arisen questions between experts and scholars, as well as those who only think about sexuality from the point of view of penetration. According to this millenarian philosophy, the greater the distance between two people, the greater the attraction and this can find fundamentals in modern quantum physics and the behaviour of subatomic particles.

Many people believe or have the wrong idea that tantra is a sexual debauchery and not a discipline. In the practice of tantra your room will become a temple and you should honour it as such and the practice of exercises something sacred that, although it should be thought of as a game, should also be performed with the greatest awareness, which is the ultimate purpose of said practices.

If there is penetration

With regard to tantric practices most people cannot conceive a sexual encounter without penetration which in many tantric exercises if it exists, only that it’s done in a more static, softer way where there is the greatest harmony.

It’s not for everybody

Since this practice requires dedication and commitment, it’s not for everyone. This means that when choosing this path people must devote themselves to the practice completely, change a lifestyle full of unhealthy practices and even change their diet, as well as having a better attitude towards life.

Some truths about tantra

From this information we can infer the following truths:

Spirituality, the mind, the connection between pleasure, breathing and energy are the fundamental aspects of tantric sex.

Learning these techniques, as well as reaping their fruits in daily life such as the ascension of the kundalini and the perfect alignment of the chakras can take years. So many people give up before they even try, so it’s also considered an art despite having a tremendous scientific focus.

Likewise they have been able to reveal some lies about these practices that we have mentioned but that can be summarized in:

The goal of tantra is sexual enjoyment. The true objective of these practices is enlightenment and fusion with the supreme. In the East these practices were developed as methods and forms of meditation and not as ways to practice sex.

In the tantra, the supreme meets the everyday. And just as the lotus blooms in the swamp, the light begins to bloom over the darkness in those who practice tantra. The variety of its practitioners is extensive and multicultural and is not enclosed or determined by a specific religion or dogma.

In tantra and practicing their techniques, people end up becoming less sexual, less aggressive and more compassionate, which is the opposite of what happens in the daily life of sexual encounters.