According to Wikipedia this journalist of British origin, writer and businessman as well as radio announcer specialised in several disciplines such as popular culture, the media and above all masculinity.

At the end of the 90s he coined the term metrosexual;

This word appeared for the first time in 1994, as such, being himself the forerunner to also extend this term to the USA years later, specifically in 2002.

His top representative in the famous British footballer David Beckham, who has declared himself a fan of all techniques whose purpose is the beautification and male care.

This word, created precedent and raised surprise, due to its ambiguity, since the footballer has not tired of declaring that no matter how much he made use of the pedicure, the cosmetics products or the most fashionable clothes, he is totally hetero.

Today, it’s a word widely used in our jargon, fully accepted as such, by all social classes.

It’s part of what has been called new masculinity; thus converting sexual orientation into universal, as it’s known today.

Another term to consider within this classification would be the most recent in its creation.

Same inventor of his precedent, metrosexual.

Formed by the following words:

This denotes the gay type with the most concrete profile of masculinity.

The sexual genres are equal, vindicating in such a personal way the exhibitionism and the seduction induced by a new sociological segment.

According to Simpson, masculinity has evolved towards narcissism.

Its maximum reference, was chosen (by the same British journalist) as Cristiano Ronaldo, returning in this particular way to look again at the world of football, male sport par excellence.

It’s a prototype of an individual who needs to “love himself” to adoration and veneration for his body, totally and absolutely above the admiration professed towards others.

Its main and we could even say only mission would be to be an object of desire, so it’s not surprising (according to the writer), that nudity is its perfect natural state.

Another feature very differentiated in this type of gay is: the accumulation of sexual partners and if these are also sporosexual, so much better.

The gym is one of your favourite places to find a partner.

We can add to all this that his most notable hobby is making selfies in the most flirtatious network of our times, Instagram.

Giving an answer to the middle term, since until now we have only talked about extremes; and as a reaction to the precedent of metrasexuality:

At first, he was a rough man with a lot of rudeness, almost primitive and even somewhat careless; of robust physical type lumberjack; word with which he was defined within these environments, during the 70s and 80s.

His original clothing stands out, which takes us to the beautiful mountains of Canada, with its corduroy trousers and typical plaid shirts.

Today we know it in its most elegant and refined version.

The preferred is tantra massage, which provides psychic to emotional and even sexual balance.

It entails a self-realisation; achieving in this way a state of peace of a very high degree.

Another very demanded massage would be the Nuru massage, being a double body with Nuru oil without a trace, than another of our professional masseurs; Marc, our gay masseur (expert in this discipline in particular) equipped with a sculptural body will make you enjoy a full gay massage with all his technique and know how to do while you will be pampered, providing all your care.

Masseurs who offer it

Do you want to enjoy a Gay massage? Discover our masseurs who perform this type of massage. 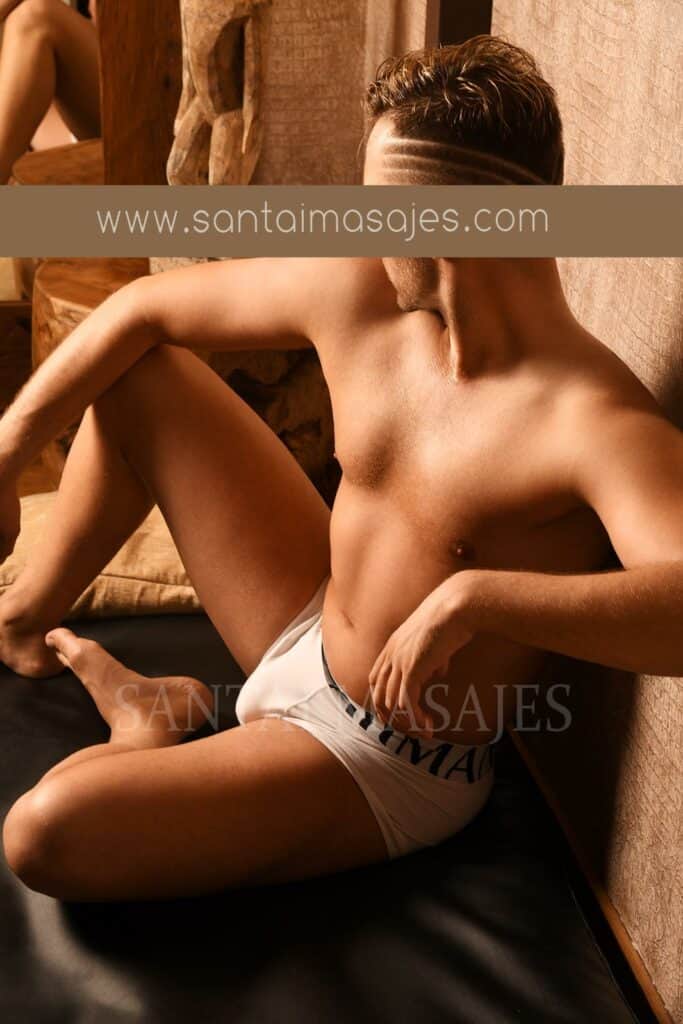 Our masculine masseur with a long professional career in the world of tantric massage, together with his masculinity, endowment and passion make Enzo one of…
See Masseuse
Video 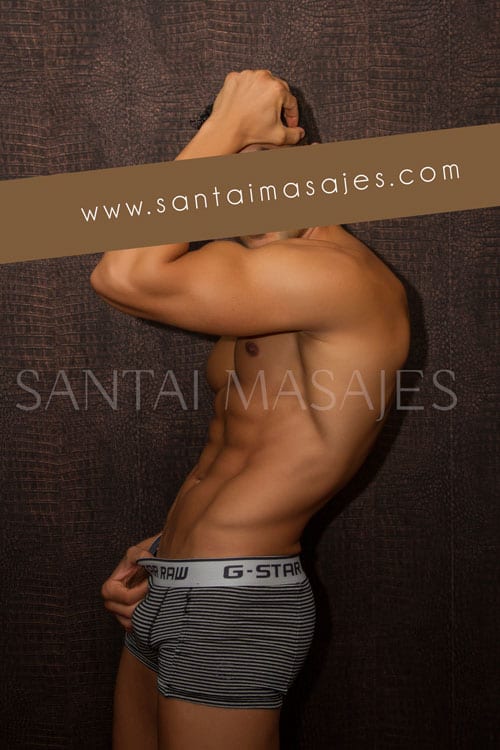 Young and handsome Catalan masseur, who will fascinate you at first sight, not only for his great and spectacular physique, but also for his kindness.…
See Masseuse 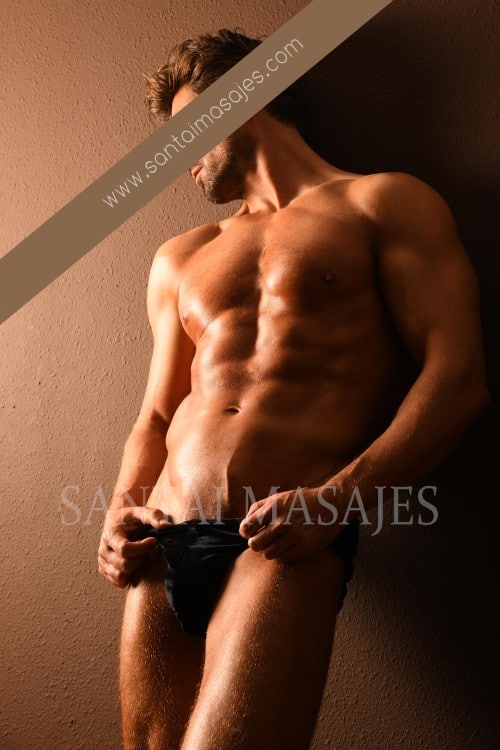 Introducing Hugo our handsome and attractive gentleman, a real conqueror and gallant that will make you enjoy the perfect combination of sensuality and mischief. Making…
See Masseuse
See all our masseurs