Erogenous zones in the female body 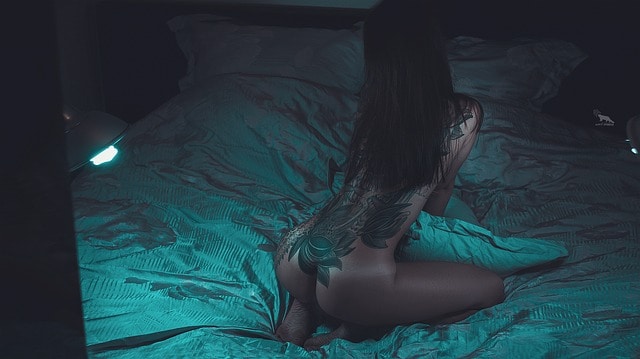 What is an erogenous zone?

According to the definition we can find in Wikipedia (we literally transcribe) an erogenous zone is the following:

An erogenous zone is an area of the human body that has heightened sensitivity, the stimulation of which may generate a sexual response, such as relaxation, the production of sexual fantasies, sexual arousal and orgasm.

The most remarkable erogenous zones of a woman’s body

In a woman’s body, erogenous zones are found in many places other than the clitoris, vagina, and breasts. And if we pay attention to the previous definition any part of the body that has a high concentration of nervous terminations can become an erogenous zone. In addition, depending on the preferences of each woman these zones will vary substantially. Next we will describe and divide the erogenous zones of the woman’s body according to their number of nerve endings (sensitivity) and according to whether their direct stimulation can provoke orgasm or not.

The primary erogenous zones and those that concentrate more nervous terminations are the clitoris and its surroundings, and its direct stimulation -when there is excitement- leads to orgasm. Although the clitoris is only visible in its glans, in reality the whole nervous structure of it encircles the vagina by both sides. Stimulation of the clitoris should be done by circular or lateral movements, but only when the woman is already excited. In the case of the vagina, the most sensitive area is known as the female G-spot, at the top part of the vagina about 4 cm from the vulva. Both parts can also be stimulated by toys such as vibrators or the latest sound wave toys that stimulate the clitoris.

These are other areas of the female body that also contain a large number of nervous terminations and that through caresses and touches produce very pleasant sensations and induce excitement. In a 2014 study of 30 women between the ages of 18 and 35, the sensations transmitted by these women when they were caressed in one of the erogenous zones known as secondary zones were analyzed. The results were that the most sensitive areas in descending order are:

Although this study is quite conclusive of what is considered an erogenous zone, secondary erogenous zones actually vary greatly from one woman to another and depend largely on every person’s tastes. For example, other areas that can be very stimulating for certain women are the feet, back, abdomen or hands. All excitement depends to a great extent on when and how you touch. For example a tantric massage concentrates on these zones to lead to a full body experience

Women’s most sensitive organ: the brain

In the case of getting your girl excited, going directly to the sexual organs is often not a good idea: just because there is excitement it does not mean that the girl wants to move on to penetration. In most cases the ideal is to recreate in the foreplay as much as possible and that it is the girl who makes the step to have a sexual relationship as such. Passionate kisses, rubbing, caresses, masturbating mutually or one in front of the other, playing with the erogenous zones of your girl etc., will stimulate her physically and mentally so that both of you can enjoy a fully satisfactory sex session.